Mekaniks Plus European Specialties
Get Directions

When your vehicle’s check engine light turns on, it’s usually followed by a day filled with anxiety about what could be wrong with your car. In most cases, it’s often an indicator of something minor such as a loose gas cap or worn out sensor. However, in some cases, it could be because of something much more severe such as an engine misfiring or a failed converter. No matter what the case may be, it’s not something that should be ignored and should be inspected by a certified mechanic at your earliest convenience. If you’ve noticed your car isn’t running the way it’s supposed to, stop by Mekaniks Plus Car Care Corner in Oxnard, California, to speak with one of our certified technicians today. We have highly trained mechanics equipped with the industry’s best tools to diagnose and repair the cause of any of your automotive problems. 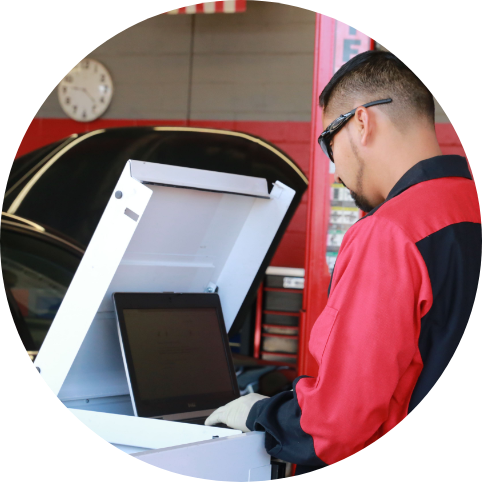 While your check engine light may be indicating any number of issues, having a professional you can trust can help pinpoint exactly what may be wrong with your vehicle. We offer a variety of auto repair services to help keep your car running smoothly. Once we have found what the problem is, our team of professionals will provide you with an estimate to get you back on the road. Call Mekaniks Plus Car Care Corner in Oxnard, California, today at (805) 804-3555 to schedule an appointment or stop by our location 632 Pacific Avenue to speak with an associate about any problems your car may be experiencing.

Reasons Why Your Check Engine Light Could Be On

Several reasons can trigger the check engine light, and it occasionally is only a sign of a temporary problem that can be fixed with relative ease. Though, in some cases, it could be something that should be addressed promptly to prevent further damage to your vehicle. Here are a few of the most common reasons why that dashboard warning light may turn on in your car.

Your Gas Cap is Loose or Damaged

This is one of the most common reasons why the engine light turns on in most vehicles. While it may not seem like a worthy reason for such a frightening light, your gas cap helps prevent fuel from evaporating through the filler hose, thus costing you all the money you just spent at the gas pump. The good news is that it’s a simple fix and can be fixed for less than $20 in most cases.

You Have a Faulty or Malfunctioning Sensor

With as many moving parts that are involved with a car, sensors are necessary to make sure each one is moving precisely the way it should. However, sensors can eventually wear out, become faulty, or stop working over time. One of the most common sensor malfunctions is the vehicle’s oxygen sensor, while the other is the mass airflow sensor. Both measure oxygen intake in a car’s engine, and fixing either will cost you somewhere between $150 to $200 to repair.

Your Catalytic Converter is Failing

Lastly, another common reason for the engine light to illuminate has to do with your vehicle’s catalytic converter. The catalytic converter converts exhaust fumes into less hazardous emissions and is rather expensive to fix with replacements costing between $200 to $600, depending on the make and model of your car.